The Horses of St. Mark’s 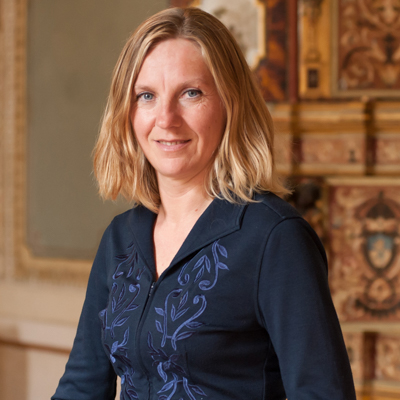 The Horses of St. Mark’s

Venice is the only city in the world where the most beautiful church in its very centre was in fact only the chapel of the head of state. The Patriarchal Cathedral meanwhile was on the outskirts. St. Mark’s Basilica amazes with its rich decorations. But the most astonishing embellishment is the famous Quadriga. What visitor hasn’t taken at least one photo of the horses on the church?

It’s difficult to find a famous person who hasn’t left a comment on the four horses. Petrarch was delighted with their beauty. Goethe in his Italian Journey wrote: “I took a close view of the horses of St. Mark’s. When one looks up at them from below, it is easy to see that they are spotted: in places they exhibit a beautiful yellow-metallic lustre, in others a coppery green has run over them. Viewing them more closely, one sees distinctly that once they were gilt all over; and long streaks are still to be seen over them, as the barbarians did not attempt to file off the gold, but tried to cut it off. That, too, is well: thus the shape at least has been preserved. A glorious team of horses: I should like to hear the opinion of a good judge of horse-flesh. What seemed strange to me was, that, closely viewed, they appear heavy, while from the piazza below they look as light as deer.” 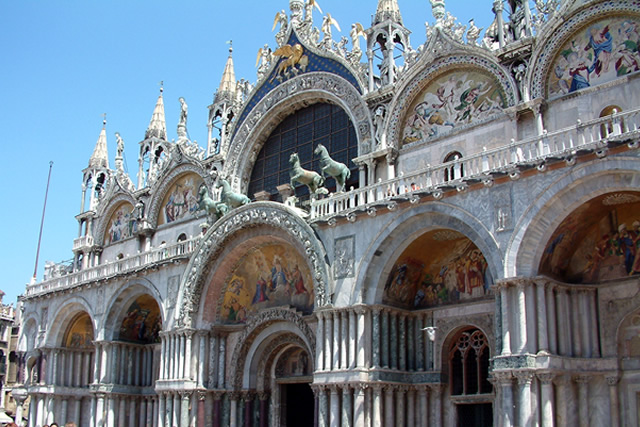 The façade of St. Mark’s Basilica

So what do we really know about these beautiful horses, the legends of which reached the Genoese who threatened to curb their spirit with bridles?

For a long time the bronze Quadriga on St. Mark’s was a matter of scientific analysis. During their journey to Paris the head of one of the horses fell off. This misfortune provided the opportunity of studying the horses interior. It was discovered that the body and the head had been made separately and the join had been covered by a collar. Analyses revealed that the horses were made of almost pure copper: 92% of copper, 7,10% of tin, 0,45% of lead and 0,45% of other metals. (The book Cavalli di Venezia by Eugenio Vittoria provides more information about the analyses).

Napoleon and the Horses

Napoleon entered the city like Attila. All the best pictures of the best Venetian painters were taken away. In order to save some paintings of Veronese and Titian, the inhabitants of Venice proposed that Napoleon would take the Quadriga in place of other works of art. Whether it was a worthy replacement we cannot judge even if the horses are said to date from the 4th century BC. Many Parisians were irritated by the presence of the Quadriga on the Place du Carrousel, so Napoleon ordered the building of the Arch of Triumph and put the horses on top of that instead. According to the original design of the Arch Napoleon stood between the horses.

original design of the Arch

Not only positive things have been written about the Habsburgs in Venice. It is said that Venetians wouldn’t even share the same cafe with them in St. Mark’s Square: Florian was frequented by Venetians and Quadri by Austrians. But it was Francis II, the Emperor of Austria, who demanded the return of many works of art. By coincidence, on the day that the horses were solemnly put back in their place on the loggia of St. Mark’s Cathedral all the brothels of the city were closed. The following is a rhyme that Venetians sang that day:

Tuti i posti xe sarai (all the brothels were closed)

I Veneziani xe buzarai. (the Venetians were cheated)

The history of the Quadriga is very complicated. The horses are first mentioned by the Byzantine theologian Nicetas Choniates in the 12th century. George Kodinos, the Byzantine writer of the 15th century left us more information about the horses: his diaries tell us that the horses were brought from Chios to Constantinople to adorn the Hippodrome in the Byzantine capital. In the 13th century Venetians, together with the crusaders, seized Constantinople and brought the Quadriga to Venice. During the voyage a piece of the horse’s leg was broken. Domenico Morosini hid the broken piece in order to remind people of the fact that his galley had been used to bring the horses, together with other booty, to Venice. Where  that piece of leg ended up is anyone’s guess, but a replica was made to replace the original.

And it wasn’t the only foot that was missing in the city! The lost foot of one of the Tetrarchs (the sculptural group of the Four Emperors of the Roman Empire placed on the corner between St. Mark’s cathedral and the Doge’s Palace) was found in Istanbul! 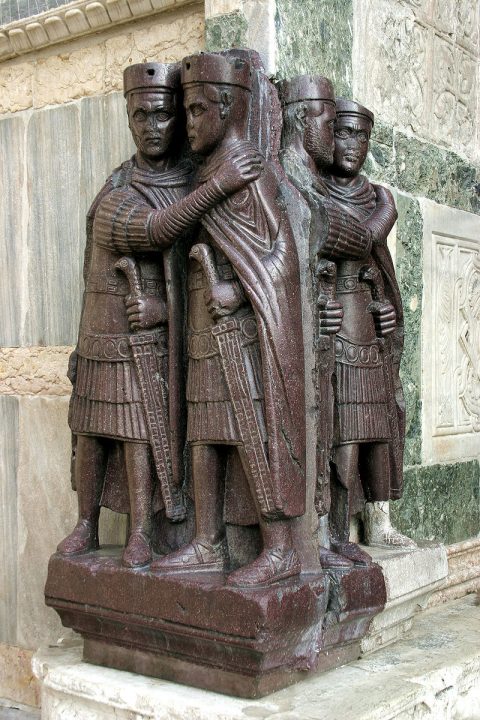 Tetrarchs carved in porphyry. The foot on the right of the photo is a copy. It was made in the place of the original foot, discovered in Istanbul.

The Quadriga embellished the façade of the Cathedral for more than six centuries before it was taken to Paris. Today the beautiful horses are to be found in the museum on the top floor of St. Mark’s church. I firmly recommend every visitor in Venice to ask for a professional guide. One of the BestVeniceGuides may tell many interesting stories and legends about Venice. Were there precious stones in the eyes of the horses? Who is the author of the Quadriga? Why are the horses called “travellers”? Write to us and we will help to throw light on all the mysteries of the city on the water.