Giudecca: an organic vegetable garden on the water 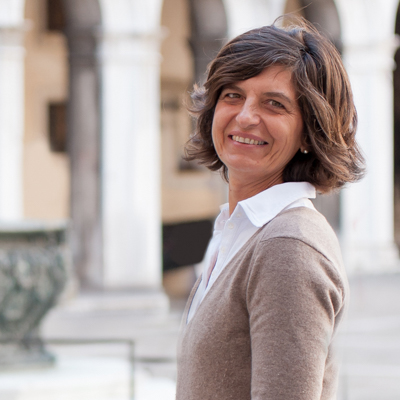 In Venice, on the Giudecca island, just across St. Mark’s basin, once home to gardens and orchards that disappeared with the passing of time, a wide, abandoned area has been re-converted into a patch of cultivated land with vines, fruit trees, plants, flowers. 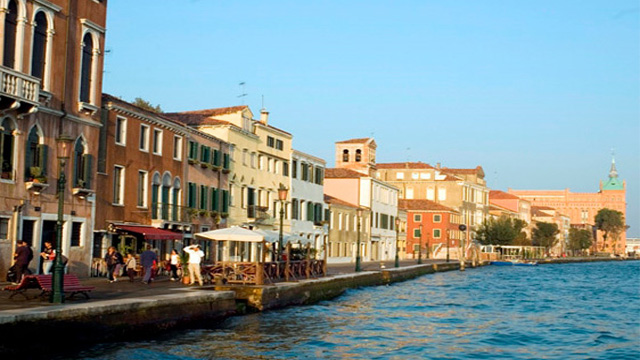 View of the long fondamenta Sant’Eufemia on the Giudecca Island. Seen from the opposite bank of the canal it looks like a water colour painting

It might sound strange enough but Venice turns out to be one of the largest agricultural municipalities in Italy: lands under cultivation and vegetable gardens in the hinterland and on some islands but also in Venice itself, the marble and stone city. This route will lead us to the discovery of the Giudecca island where Michele Savorgnano has fulfilled his long-life dream of transforming half an hectare of abandoned land, the property of the IRE (Institute of Recovery and Education), where once an orphanage was.

It is the largest island of the city, separated from the historical centre by a deep canal bearing its own name. A bunch of eight islets itself, it is lined along the canal with a continuous promenade, “fondamenta”,  over which homes and palaces look along with the XVI century church of the Redentore, an extraordinary example of “pure” architecture by Andrea Palladio. On the opposite side, the lagoon one, where once stood convents, monasteries and gardens are now boatyards and docks, small factories, handcraft workshops. A favourite place by the noble families starting from the XVI century, whose palaces boasted here splendid botanical gardens, the island has become today the aim of an extensive work of urban and environmental requalification as well as home to many workshops and ateliers of local artists. 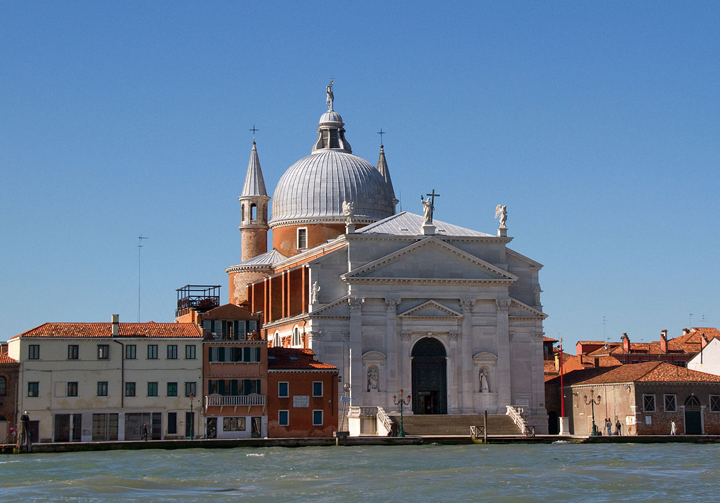 The impressive three dimensional façade of the Church of the Redentore, projected by Andrea Palladio. The church was designed to be seen from afar and be part of the scenographic St. Mark’s basin

Six years ago Michele Savorganano, a 47 years old Venetian, after an experience of organic farming dedicated to farmers who literally work together with land, decided to launch himself into a new adventure. He obtains from the IRE half an hectare of abandoned land not far from the Zitelle water bus stop and starts redesigning it in keeping with nature, its rhythm, its equilibrium. Where before only grass was, now stand vines and plants. A single, inspiring concept leads his work: the soil is left bare and unploughed with no use of chemicals and fertilizers. It is its continous and total cover that supplies its nourishment. Thanks to the waste from the nearby gardens, a natural fertilizer transforms the organic matter into inorganic substance well absorbed by the plants. 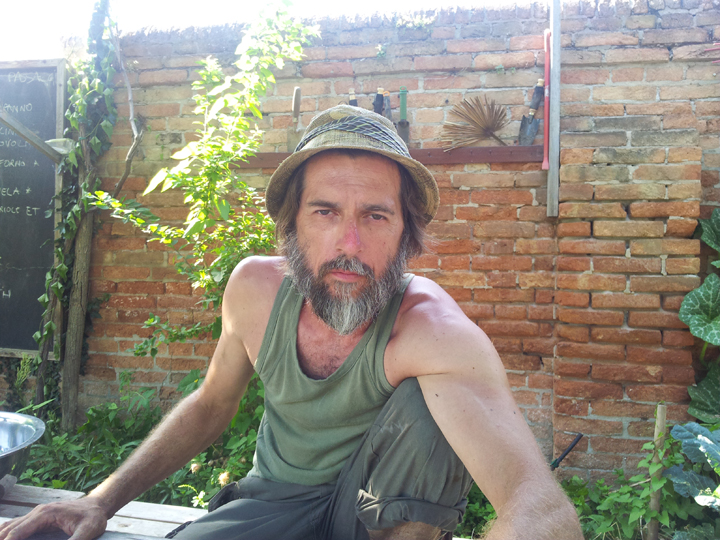 Michele Savorgnano, Venetian inside his “creature”. Half an hectare of cultivated land at the heart of the Giudecca island following rigorously the principles of natural agriculture 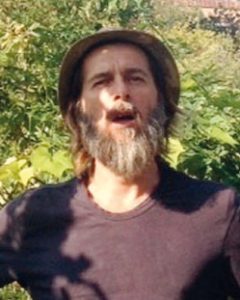 Michele Savorgnano, Venetian, t-shirt and straw hat on, inside his “creature”

What type of vegetable garden is Michele’s?

A place with probably the highest biodiversity in the lagoon. More than 300 varieties of plants, 15 species of tomatoes, 12 of basil, varieties of fruit trees such as plums, prunes, apricots. All selected and local seeds, nothing from nurseries. Michele and his dozen volunteers also grow flowers that are sold to the city restaurants, to be used in their kitchens, as the delicious and coloured nasturtiums. Visitors are always welcome. They can buy directly on spot what the garden offers seasonally. 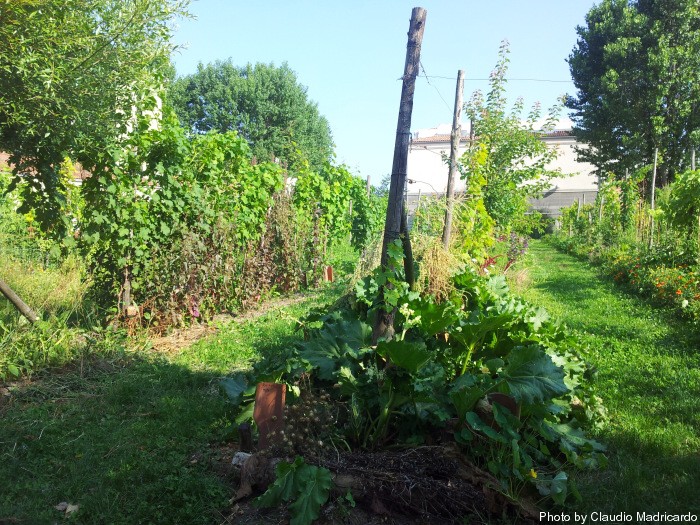 Michele also cultivates 4 hectares in Sant’Erasmo, one of the islands from where vegetables have always been sent to be sold at the Rialto market. Others are, anyway, similar projects in the city centre or in the Lido, inspired by the Giudecca vegetable garden. Michele shares his experience and promotes it among the young people who are willing to return to the earth and not only. Workshops, as profitable moments of exchange and discussion, are periodically organized on the Giudecca island. 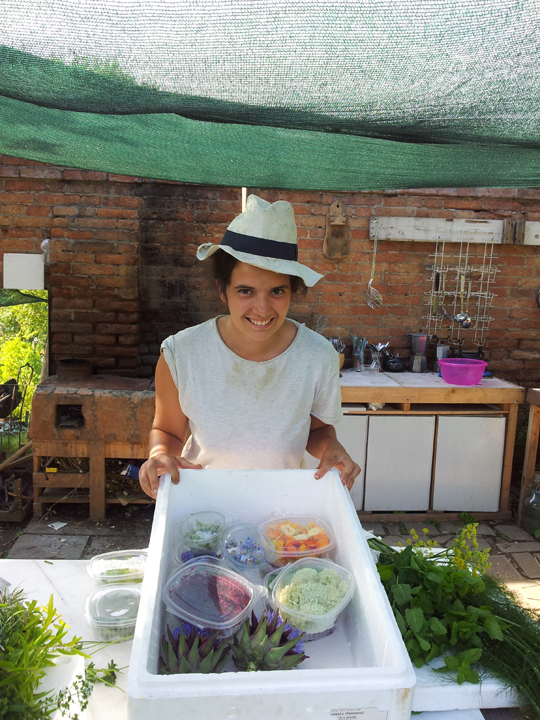 One of the twelve volunteers helping Michele in the daily hard work in the garden. She is showing the flowers that will be sent to the city restaurants and used in their kitchens.