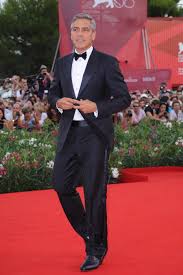 George Clooney on the red carpet in the Lido island

1,2,3 Action!
Are you ready for the 74th International Film Festival of Venice?
From August 30th to September 9th there will be in Lido island, Venice, such an important venue full of glamour for all movies enthusiasts.

The first Movie Festival of all the world was set here in Venice, in Lido island in 1932 by Count Volpi.
From the beginning it started to be a very fancy occasion for Venice and for Lido, that is one of the 2 islands separating the Venetian lagoon from the Adriatic sea. It is a gorgeous beach resort, where there are beautiful villas and fancy hotels. The most famous one is the Excelsior hotel, with its oriental style.

Excelsior Hotel in the Lido island

During the 1950’s the International Film Festival of Venice became even more famous thanks to Elsa Maxwell, a very important American journalist of the international jet set. She was a good friend of many VIPs, like Rita Hayworth, Jacqueline Kennedy, Marylin Monroe, Aristotele Onassis… 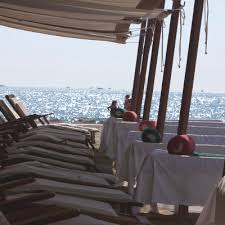 Before getting the license as a tourist guide I used to work at the Hospitality Office of the Movie Festival of Venice, so I can tell you something about what I see on the front stage and on the back stage.

For instance: in 2010 Quentin Tarantino was the President of the International Jury. He spent about 12 days in Lido Island and he enjoyed his staying so much that the last day he tried to do everything to avoid the departure: he couldn’t find his ticket flight! In the end we managed to find out another one for him!
I remember Catherine Deneuve, as the President of the main jury, with all her many big suitecases, full of her extraordinary dresses! Or Brad Pitt in his white suite, and Tom Cruise signing hundreds of autographs on the Red Carpet, or Nicole Kidman in her ethereal beauty, and George Clooney arriving in his private helicopter, at the airport in Lido Island, directly from his villa in Como Lake.

Well! Are you ready to enjoy the spectacle? 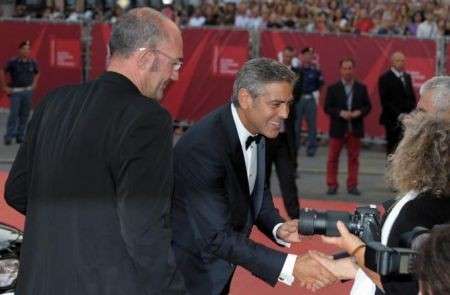 George Clooney in Venice in 2011