Caterina Cornaro or Corner  in Venetian (1454- 1510) is absolutely one of the most famous Venetian women, inspiring poets and artists at every time. 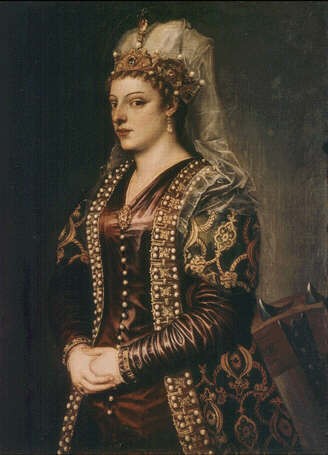 In the middle of the 15th century, the king of Cyprus James II Lusignan, for economic troubles, borrowed from noble Corner of Venice a great sum of money with the promise to marry a Corner girl.

The Venetian Republic immediately saw in this marriage a great opportunity to maintain an influence on the island, that had an important strategic role in the Mediterranean Sea. For this reason, in the contract of marriage it was decided if king James died without an heir, the island would became a Venetian possession. 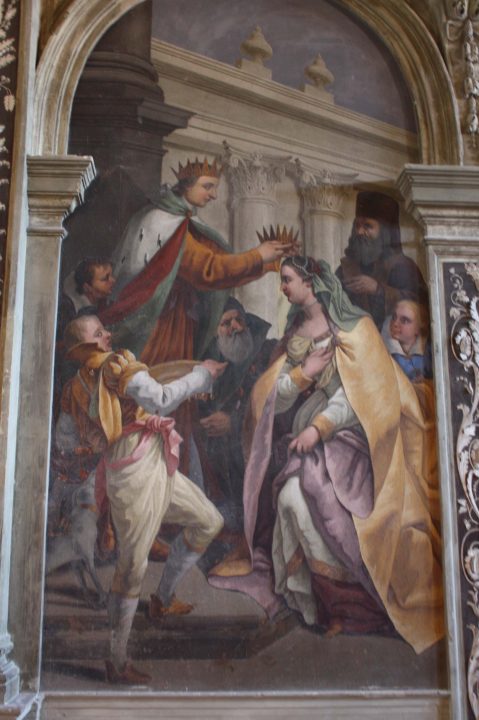 the Crowning of Caterina Cornaro, fresco in the palazzo Corner, Venice

Then Caterina Corner, a beautiful girl of 16, left for a far land to became a queen; the next year king James died and queen Caterina, who was pregnant, remained alone. When her son was born, he was crowned with the name of James III, but the situation was very dangerous; in fact, some states, not only Venice, were interested in Cyprus and, after the birth of James III, the Spanish king, wanting to take the island, ordered the Spanish garrison to rebel against the queen. 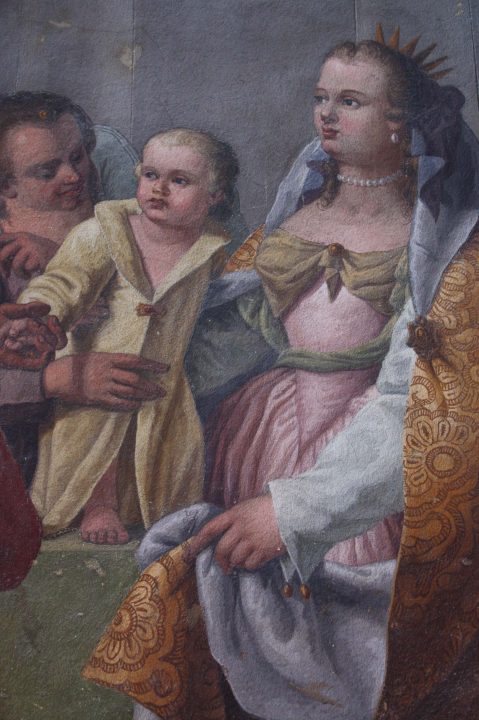 Caterina Cornaro and her child, detail of fresco in the palazzo Corner in Venice

During the rebellion, the baby king was killed, but Caterina continued to govern but Venice didn’t forget the contract and Ambassadors from Venice began to go to Cyprus to convince Caterina to give the reign to the Republic.

After 10 years Caterina, under pressure from her family and her country, convinced herself to leave the island; when she arrived in Venice she was welcomed with great honours and during a solemn ceremony Caterina Corner gave the keys of her reign to the Doge Agostino Barbarigo. In exchange Venice gave her the county of Asolo (near Treviso), a palace on the Grand Canal and a great amount of money. In Asolo she organized a literary court with some of the most important humanists of that time, like Pietro Bembo. 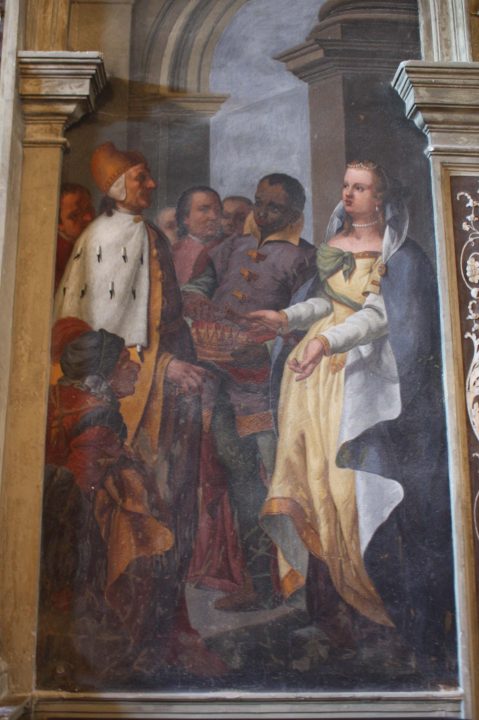 Doge Barbarigo and Caterina Cornaro, fresco in the palazzo Corner in Venice