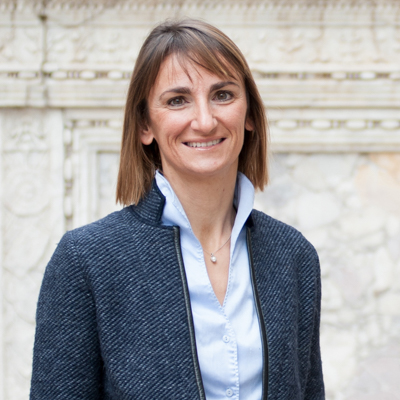 How cold does it get in Venice during winter? This is one of the most frequently asked questions during a tour.

Our visitors travelling often from far away seem to believe the sun always shines bright and high in Venice. How nice that would be!

My grandmother used to mention how when she was 8 years old in February 1929 the lagoon froze completely and that several Venetians, amused by this, ate with relish on the frozen surface of the lagoon taking with them table and chairs.

I found postcards reproducing old photos where we can recognize Venetians walking over the northern part of the lagoon passing by the cemetery island of San Michele on their way to Murano. Years later I found these original postcards and bought a few to study them at leisure.

But no sign of a table or chairs – my imagination had ‘embroidered’ this picture, at a time where I loved playing with the tables and chairs of my doll’s house. Stamp 1929 with the number VII, 7th year after Mussolini took over power Stamp 1929 with the number VII, 7th year after Mussolini took over power, detail

Many years later I came across an article in the local Venetian newspaper Il Gazzettino. The journalist wrote how on Ash Wednesday on 13th  February 1929 after 2 cold days the thermometer reached  a very low temperature, -13° (-7° at the warmest hour), a disturbing Bora wind was blowing 50 km an hour and a slight snow falling silently onto the ice choked canals.

It must be said that at that time all weather reports (also Istria was part of Italy) considered other data, for example info about the clouds was important, pressure was not measured in millibars and the snow was only measured in the mountains not in the valleys.

Last winter I decided it was time to find out the truth, I wanted to check the articles of the local newspaper Il Gazzettino. I headed therefore to the Marciana Library in San Marco. It went very fast, I was given the first quarter of the newpaper of 1929 on a bobbin. 11th February was a Monday. At that time Il Gazzettino was not printed on a Monday, a fact I had not known.

Lateran Treaty or Accords and the cold February 1929

On 12th February the first page was dedicated to the Lateran treaty: ‘the pact lasting for eternity between the Church and the State was greeted by delirious demonstrations of jubilation‘ (‘il patto tra la Chiesa e lo Stato si eterna nei secoli tra deliranti manifestazioni popolari di giubilo’). The Vatican City State was recognized as an independent state, while the Italian government promised the Church financial compensation for the loss of the Papal States.

A picture of Victor Emanuel II, the first King of Italy, Pope Pius XI, Benito Mussolini (he was prime minister) and Cardinal Gasparri.

Only on 13th February did I find on the first page a brief article ‘cold wave from Siberia’; on 14th, St. Valentine’s day, ‘the frozen lagoon’; the journalist described how Venetians with much imprudence run on the ice, ‘con quanta impudenza non è il caso di rivelare’, but no photo and no reference to a table or chairs. I felt disappointed.

But in life one has to believe and be tenacious. I continued to browse, 15th February, 16th February (a lot of Venetians ‘went sleighing, running, walking and slipped and fell’), no mentioning, no mentioning of a table or chairs… and then the news I was looking for:

On 17th February 5 men working for a company moved with a table, 5 chairs and 5 glasses of good wine 60 metres away from the waterfront celebrating cheerfully and toasting to the ice!

In a 1000 years the lagoon froze 2 dozen times. Paintings in Venice document the big freezes of the last two hundred years.

Frederic IV King of Denmark and Norway travelled 1708 over to Venice, bringing with him icy temperatures. A painting at the Foundation Querini Stampalia of an unknown painter shows a happy atmosphere for the unexpected event. Towards the end of 1788 the thermometer dropped again in a dramatic way as a painting in Ca’ Rezzonico by Francesco Battaglioli shows us. A hidden pillar reminds us of the cold winter in 1864. During a tour through Cannaregio I will point it out. In February 2012 I went rowing on the half frozen canals braving the cold temperature.

Let us see how this winter will turn out.