The Venetian Carnival: Fat Thursday and the beheading of the bull 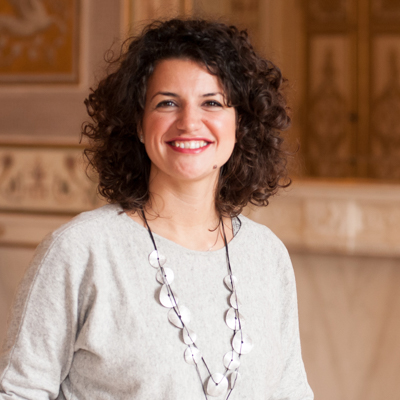 “Zioba Grasso, tutte e boche ica”: it’s still a common expression among Venetians. It means that the last Thursday before Lent is a day dedicated to eat abundantly and to indulge in any pleasure before starting a time of physical and moral restraint until Easter. Therefore its name, Fat Thursday, or Zioba Grasso in Venetian dialect. 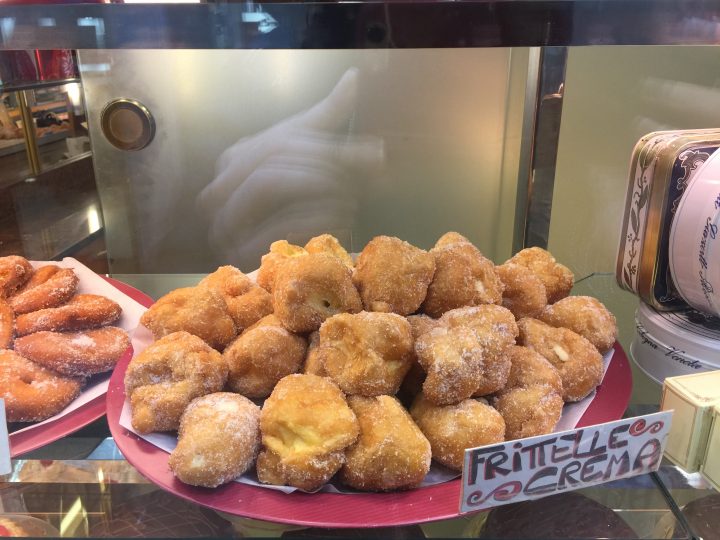 The typical Carnival cakes are the “frittoe”, doughnuts with cream or with raisins and pine nuts.

Actually, it was Fat Thursday the most important and celebrated day of Carnival. This time of feast and pleasure dates back to the Middle Ages, when Carnival started right after Christmas, on Saint Stephen’s day, and ended the day before Ash Wednesday. It was a time of the year where reality was turned upside down, wearing a mask people could abandon their ordinary lives and could be someone else. Masks and costumes gave the illusion that everybody was equal, and also allowed people to unburden themselves of any compulsion or social tension. 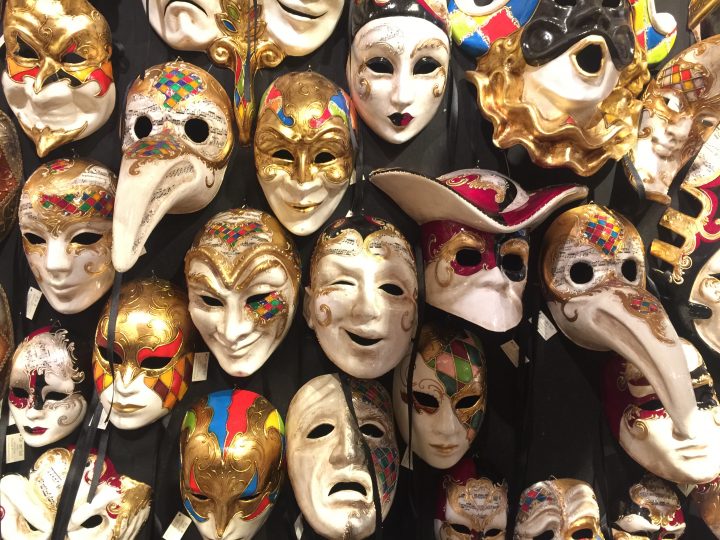 The reason why Zioba Grasso is such an important day has its roots in an historical event that occurred in 1163. That year Ulrich, the patriarch of Aquileia, supported by the noblemen in Friuli,  invaded the town of Grado and its patriarch had to escape and asked for shelter in Venice. The Venetians’ response to this shameful attack arrived very soon. The navy was quickly armed and the doge Vitale II Michiel gave the order to sail to Grado to reply to the offensive. The city was again under the Venetian rule and the patriarch of Aquileia and twelve other clergymen were captured.

Thanks to the Pope’s intervention, the Patriarch of Aquileia and his twelve clergymen were released, but in memory of this infamous attack Venice claimed a yearly tribute from Aquileia: a bull and twelve pigs had to be delivered every year on Fat Thursday, the day of the victory over the city.

The poor animals, which stood for the Patriarch and the clergymen, had symbolically to stand on trial and then were sentenced to death. The show ended with the cut of the bull’s head, and the meat was then given to the poor people as a gift. All took place in the Piazzetta San Marco, at the presence of crowds of excited citizens. 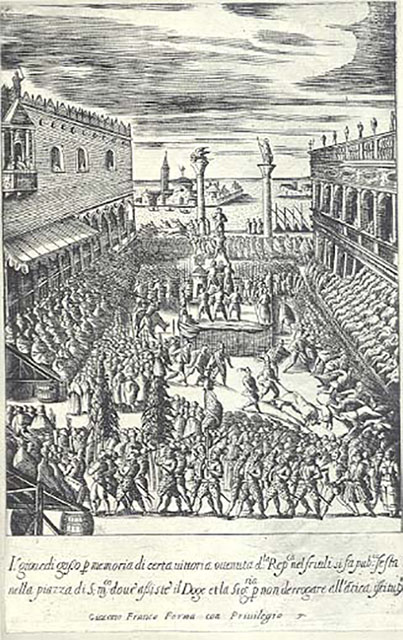 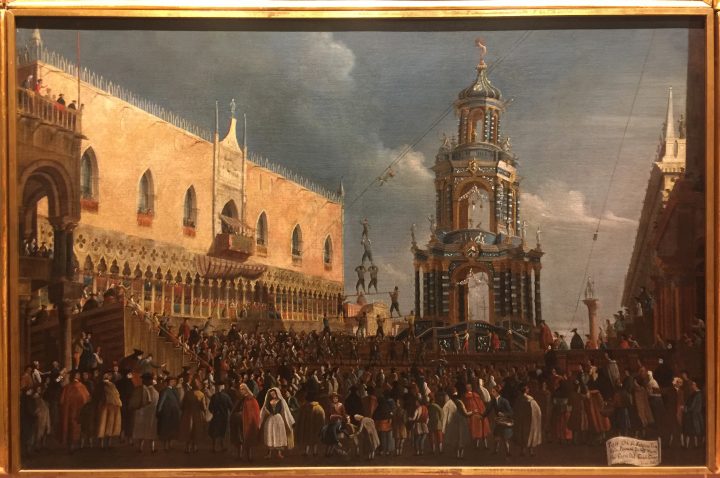 This picture by Gabriel Bella shows other celebrations on Fat Thursday. In the centre is the large temporary construction or “macchina” which was erected to host the orchestra. From here, the fireworks which closed the event were let off.

The ceremony ended in the Doge’s Palace, where the final ritual was performed: small wooden reproductions of the castles of the noblemen who participated in the revolt were beaten down by the Doge himself and his magistrates using some wooden sticks.

The tribute of the bull and the pigs, together with the ritual performed in the Piazzetta went on until the 1420, when the Patriarchate of Aquileia ceased to exist. Although the bull and the pigs weren’t used anymore, some ceremonies took place in memory of this event until the fall of the Venetian Republic. And still today we say in dialect “tagiar ea testa al toro”, or “to cut the bull’s head” meaning that the matter is settled once and for all.