Venice: a pioneer in wedges 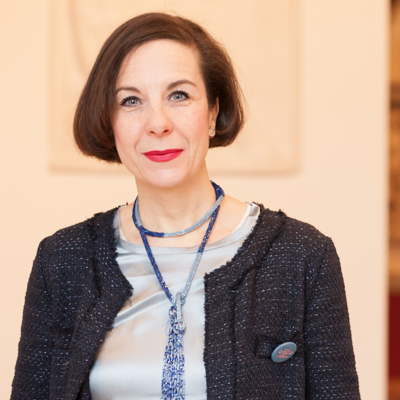 Between the XVth and the XVIIth Century in Venice, a type of pianelle with extremely tall wedges became popular, and they were known as calcagnetti.

It is a sort of slipper that is distinguished by high sole that seems a kind of stilt and that, in some periods, has reached the remarkable level of 50-60 cm. A pair of Calcagnetti at Museo Correr – Venice

Originally these shoes were used to protect the clothes from mud, but in Venice its use is rather due to a form of ostentation.

At that time, Venice was a center of trade and great wealth and wearing these shoes was a symbolic way to identify the social class of the owner: the higher the wedge, the more important was the lady, because much more fabric was necessary to lengthen their skirt to the ground, it was a means of displaying more textile wealth. Although the calcagnetti were completely hidden from the clothes, they were richly decorated. They were usually made of cork or wood and covered with leather, brocades or velvets, sometimes studded with jewels and often – even if it was not a fixed rule – they matched with the dress worn by the lady. Thanks to these high platforms the ladies gained some inches in height; Tommaso Garzoni in 1585 declared that in Piazza San Marco “… we can see dwarfs converted into giants”. But it is sure that they didn’t move gracefully: they had no stability and they could hardly walk alone along the Venetian streets; for this reason it was required the aid of one or two attendants on whom she would balance. The calcagnetti were worn with pride, despite the amused looks of many foreigners.

In 1430 the Maggior Consiglio tried to forbid them because the falls from the calcagnetti could provoke fractures and miscarriages. Then it was changed its vertiginous height to 8 cm (as a modern medium / high heel) but this rule was disregarded, so they continued wearing shoes of 50 cm. In Venice every woman wore her high-platform shoes both upper-class women and courtesans.

We have to remember the dogaressa Morosina Morosini; in 1597 on the occasion of her husband’s election, at the ceremony she was with 145 ladies, all wearing these platforms.

Fashion spread also outside Venice where the calcagnetti were called chopine, and they went out of style in the XVIIth Century.