Blacksmith Tenderini: the art of fire

Blacksmith Tenderini: the art of fire 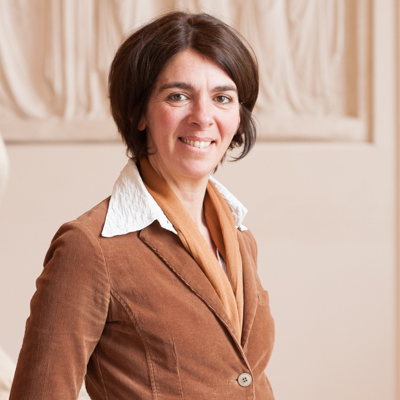 Venetian Giuseppe Boerio in his ‘Dictionary of the Venetian Dialect’ defines the word “Botèga” as workshop, store, warehouse. The ‘Bottega da Fabbro Tenderini’ is a Blacksmith Workshop in existence at least since the end of the 1600s. Indeed, in the year 1682 we find an invoice issued for a job done at the Convent of St. Sebastian. The workshop was called ‘Officina al Soccorso’, being in front of the Bridge ‘Ponte del Soccorso’, in the neighbourhood of Dorsoduro.

The blacksmith workshop Tenderini is the oldest and one of the last forges in town. Inside the workshop there is an old (who knows how old) anvil which is too low as the soil has sinked a few inches over time. It is too heavy and rooted in the floor to be removed.

The Tenderini family bought the place in 1804. At that time the workshop was made of a canopy, a kitchen and a backyard plus a single room on the first floor, where the family lived. The business was passed down from generation to generation right up to the present day: Marco is the owner and Taddeo, the father, still helps with his personal input.

The Tenderinis, like other Venetian families (e.g. Ratti, Bellati, Pomoni, Fazzini) originally come from Premana, a village in the mountains of Valsassina (Lombardy), which for centuries has been at the border with the Venetian Republic. The area is rich in iron mines. At the end of the 1500s many families moved from Premana to Venice and started working as metal workers inside the Arsenale and smaller local blacksmith workshops.

In Venice a Blacksmiths’ Guild existed already in the 1000s. In the ‘Mariegola’ (the Statute of the Association) a list of crafts detailed the blacksmith’s art, among which the knife-grinders (coltelèri), the cauldron-makers (calderèri), the swordmakers (spadèri), the scrap dealers (strassa fèri). The Guild’s headquarters was inside the Frari church and later on moved next to the St. Moisè church. It is still possible to see the original façade.

The art of fire and the city of the water. The iron is the city binder. Firm, ductile, discreet, we see it on the walls of the Venetian ‘Palazzi’ in a variety of forms – gates, windows grates, rods, doorknobs – we see it in the canals – the traditional wooden boats have typical ‘ferri’, iron pieces, to protect and decorate their prow and stern. Moreover, we read it in the street names, Calle dei Fabbri (the Blacksmiths’ Street), Riva del Ferro (the Iron Embankment) – where the iron imported from the mountains was delivered to be stocked and sold. The refined details of such artefacts are proof of the highly qualified skills of the Venetian masters. Smooth lines, harmonious shapes, curles and ribbons, stylised foliage, simple geometrical patterns enrich the unique architecture of Venice. Each object has been given its own dignity, it has a soul. The ironworks of the city are perfectly integrated and adapted to the irregular lines and measurment of the buildings. Nowhere else is it so difficult to use pre-finished, moulded elements as in Venice. Old lock (back side)

The Blacksmith Workshop Tenderini has specialised in the production of hardware to restore homes, such as hinges, window grids, locks and latches, they can even make a new key out of an old lock, they produce rowing boat pieces as well as tools for carpenters, masons, marble workers, and gondola makers. It is possible to visit the workshop Tenderini with a #BestVeniceGuide. Inside the workshop the visitor can discover unimagined secrets, like how to make the old window grids of Venice’s prisons. Marco, the owner, generously provides information on his craft and to see him at work is like shortening time distances. That’s the secret of Venice!