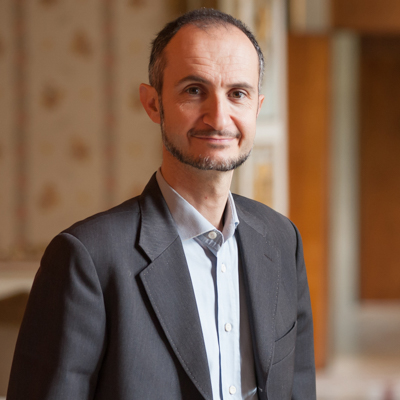 Roadside shrines and votive niches are recurring elements in the Italian urban landscape.

In ancient times, an aedicula was a small temple or chapel hosting the statue of a pagan god;

the Christian Era brought about the substitution of those pagan statues with images of saints, the use of paintings in addition to statues, and a significant increase in the number of architectonic shapes of the shrines.

However, it is interesting to analyze which “poor” building techniques were adopted to protect the holy images and the social value that these urban elements had in past times.

A shrine may be a simple work of plaster inside a niche carved into bare rock, a wooden crucifix covered by a hut-roof, a small brickwork chapel within an urban space, or any number of other structures; each votive shrine acquires its historic value from its relationship with the surrounding landscape, and, sometimes, enthralls us because of its peculiar construction.

Obviously, Venice is not an exception to this urban tradition and offers a large variety of shrines. Moreover, as this city invites visitors to walk leisurely with an attentive eye on their surroundings, it allows them to closely observe the shrines and sometimes to get “in touch” with them.

On a guided walking tour through the streets and over the bridges, your BestVeniceGuide won’t miss any chances to show you the most hidden details and tell you the most bizarre anecdotes.

Here is a list of some of my favorite votive shrines.

In a “city of water” like Venice, we have to start with that omnipresent natural element, the one that surrounds, protects, and sometimes threatens!

It’s bridges and boats that allow us to cross the water, and they are both represented in this shrine. On the southwestern arch of the Ponte della Paglia, a stone bas-relief in a Renaissance frame depicts the Madonna with Child. Below the figures there is a short engraved text that identifies this as the shrine “of the ferry of the Ponte della Paglia”, and under that are two gondolas capped by felze  (a cover made of wood and fabric) and the construction date (1583). This holy image was patronized by the gondoliers that in the past worked on the public ferry between St. Mark’s Square and the island of San Giorgio.

Probably just a few visitors, among the millions that yearly cross this famous bridge, ever notice the votive shrine. Shrine of the ferry, detail

Different neighborhood, different ferry: in this case we are referring to a service that is still active and allows people to quickly cross the Grand Canal, the largest waterway running through Venice.

Close to the ferry we see a specific type of shrine that is common in Venice: the sacred image, usually Mary, is sheltered inside a wooden aedicule which is painted green and features a spire-roof and spiral columns on the corners. The narrow spaces between the columns are usually closed by small stained-glass windows.

These shrines are referred to as Madonnina  del Ferale (loosely “Little Mary of the Lantern”) because in modern times the statue of Mary replaced the ferale (oil lamp) that was originally lit to mark the piers for public ferries at night.

Since these shrines are built on the top of bricole (wooden posts), and thus exposed to salt water and bad weather, they easily deteriorate.  The upkeep is paid for by the ferry gondoliers association through a form of self-taxation. This stone bas-relief, inserted in the wall of a private building, is a modern work of art.

The alleyway where the shrine is located is an important connection between Strada Nuova and the Fondamenta Nuove – the northern waterfront of Venice – used by both students and tourists.

The amount of flowers and votive candles placed on the corbel bears witness to the devotion of residents toward this simple sacred image; sometimes you may even pass by a worshipper standing in prayer. The long Fondamenta della Misericordia is nowadays known for the variety of restaurants, wine-bars, and bacari (local taverns) one can experience there. But this is also one of the most lively residential areas of the city, a place where magnificent examples of Venetian architecture alternate with simple urban elements, like this small wooden temple dedicated to St. Anthony of Padua and dated to 1668.

Originally, this shrine supposedly hosted a portrait of the saint painted by the illustrious Tintoretto, who actually used to live on the other side of the bridge that you spot at the end of the street. Unfortunately no traces are left of that painting.

In truth, at the present time not even the modern portrait donated in 1982 is visible. Both the artwork and the shrine were in desperate need of restoration, so the city took the painting in to restore it, but it hasn’t been returned yet.  Even though some residents have offered to fund the restoration in the hopes of expediting the process, the situation hasn’t improve d . The small temple dedicated to St. Antony in Cannaregio St. Antony, where are you?

In the least touristy neighborhood of the city, a place dominated by the imposing presence of the Arsenale (the state shipyard) where generations of craftsmen and laborers used to live and work, in a place historically marked by protests for workers’ rights, we find Jesus offering his heart to passers-by while keeping an eye on the local branch of the communist party. Who can we hang our hopes on?

The wide courtyard originally had only one entrance, an alley through a dark sotoportego (covered passageway) built at the end of Calle Zorzi. Local tradition, immortalized in the words engraved in the lunette of the external arch, tells us that the residents of this courtyard were spared from both the plague (in two different years: 1630 and 1849) and the bombs dropped during World War I. Supposedly this wondrous protection was obtained through the presence of a miraculous image of Mary. The sotoportego of the Corte Nova The inscription of the Corte Nova

Near the facade of the church of Anzolo Raffaele stands the bridge of the same name. On the other side of the canal a huge aedicula housing a delicate crucifix hangs from the wall of a garden. Both artifacts are made of wood, but while the shrine dates to the 19th century the statue inside seems to be a medieval work of art from the 15th century  .

Why am I so attached to this shrine? Because when its last restoration occurred a few years ago, I personally took part in the raising of the two elements back to their place. The crucifix was not an issue, but the shelter is 3.5 meters (11.5 feet) tall and more than 2 meters (6.5 feet) wide: we lifted it by hand, and I still remember the effort!

In Venice there are more than 500 shrines, so it is obviously not possible to list all of them in this short post. The only text providing a detailed register was published in 1987, and only in Italian… so if you would like more information, please don’t hesitate to contact me.