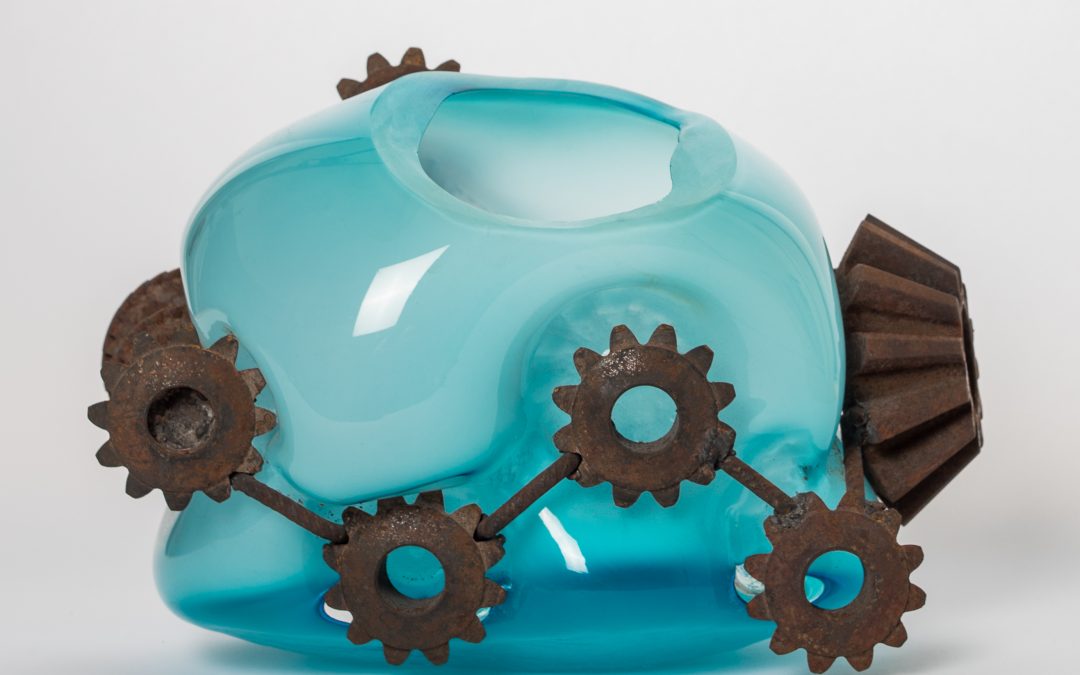 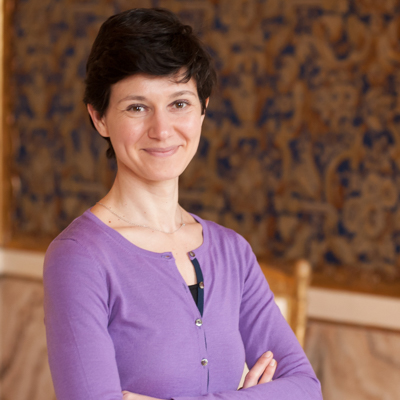 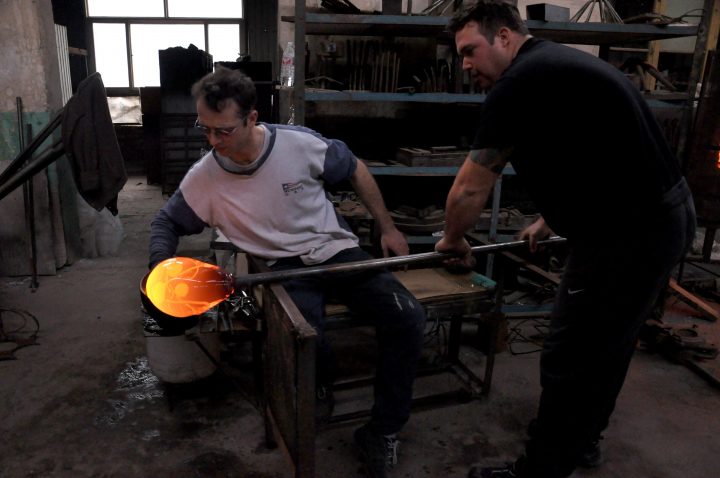 Murano is known worldwide as “the island of glass”, famous for the history and quality of its products as well as for the excellent skill of its glass masters.

Many of the furnaces on the island collaborate with designers from all over the world, but maybe not so many people think of Murano as a center for the creation of contemporary art. Yet, in recent years exhibitions and events that invite famous artists to collaborate with Murano glassmakers and create works using glass have increased.

We met up with Lorenzo Passi, a young artist working in Murano who has found glass to be the best medium to express himself in. 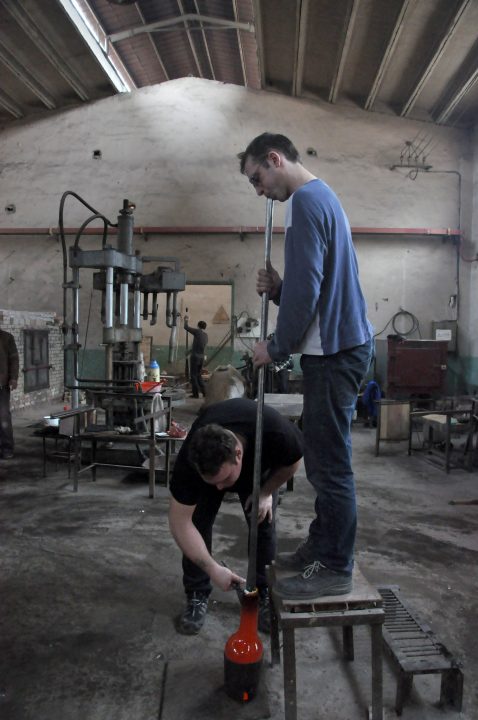 Born in Milan in 1985, Passi graduated from the Academy of Fine Arts in Bologna, where he

became interested in glass art thanks to the works of Joan Crous, a Spanish artist with a multidisciplinary approach.  This material was not new to him though; in his grandfather’s Venetian house there were many glass pieces that Lorenzo had admired since he was a child.

Following his passion for glass, Lorenzo decided to move to Murano to experience work in a furnace. According to Passi, “Glass is a perfectly organized world where not even a single mistake is allowed. I am a person who tends to disregard rules, so working in a furnace has helped me find some discipline.”

After working for 3 years in the furnaces of Archimede Seguso and Oscar Zanetti, Passi moved to Finland to pursue his studies in the school of the Nuutajärvi Glass Village. There he started exploring the use of glass together with other materials like metal and wood: this would become the distinctive feature of his work. 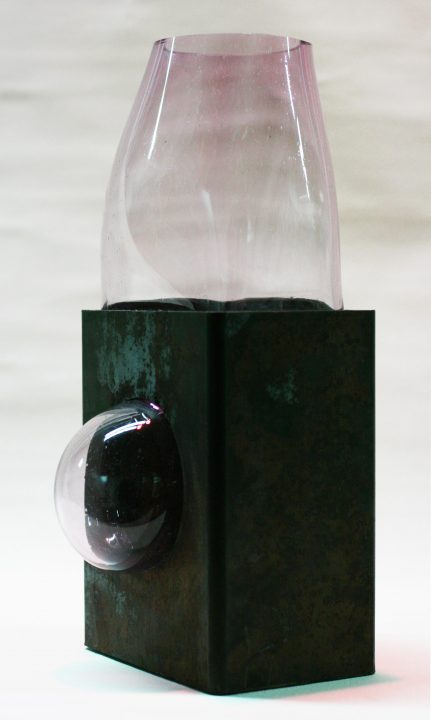 “The Twisted Iron Dump”. In the collection of the Glass Museum in Riihimaki

In 2011 he returned to Venice where he still lives and works.

Passi began exhibiting in 2013, and has since exhibited his works in more than a dozen collective and solo shows, from Venice and Milan to Beijing and Seoul.

In 2016 some of his works were selected to appear in the collective exhibition “Murano Today. Emotions of Glass”, an overview of contemporary glass production organized at the Glass Museum in Murano. 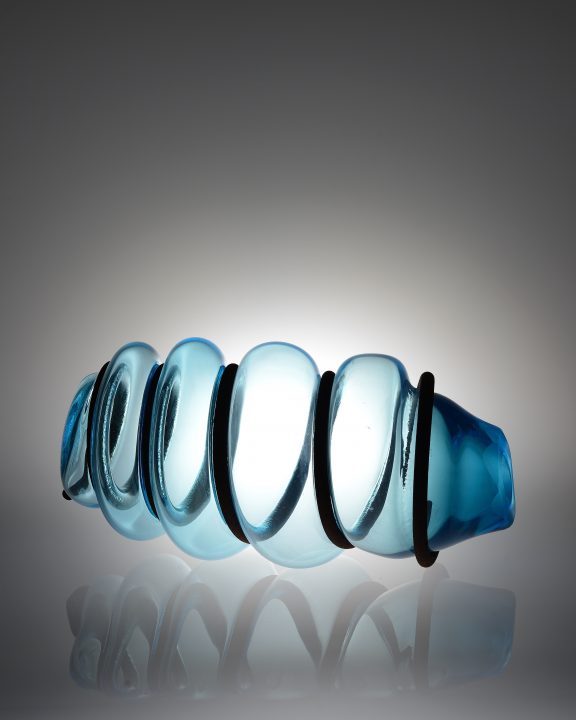 “20/10/2011. Water”. One of the works displayed in “Murano Today. Emotions in Glass” at the Glass Museum in Murano. By Lorenzo Passi and Andrea Zanetti, Cold work: Ivan Salso. Photo ©Michele Alberto Sereni

For Passi, glass is not simply a medium used to create objects or sculptures, but the very subject of his work and a symbol of the artist himself. The act of blowing is a way to infuse life into a piece, and therefore it can transmit a little bit of the artist into the material.

The main characteristic of Passi’s work is the mixture of glass with other materials. These can be pieces created by the artist or found pieces, normally discovered among the leftover bits discarded during the production of other pieces. These are fragments which hold memories of and connections to the different external contexts in which the artist is working. Transparent, pure, soft glass enters into a dialogue with these “foreign” materials, whose characteristics are opacity and rigidity. 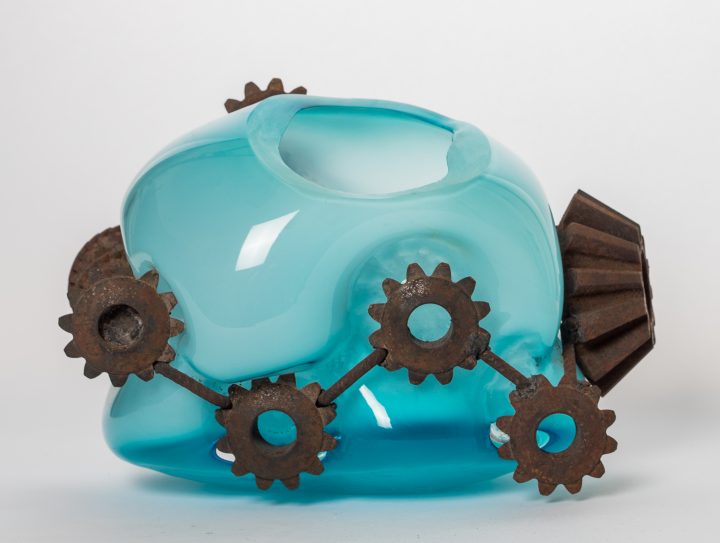 For the exhibition “Interactions”, held in Beijing in 2016, Passi picked up fragments from the city (a bicycle seat, a factory sign, etc.) and worked in a Chinese furnace in Boshan to give them a new life using glass. 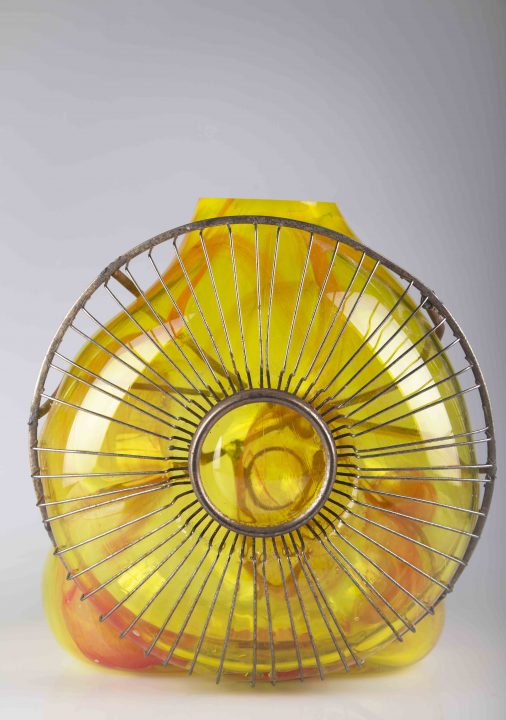 On the other hand, in the series entitled “Kosmos”, found objects served as molds for the blowing process: the new colored glass pipes therefore keep a memory of their metal models, both in their shape and in the impurities which emerge on their surfaces. 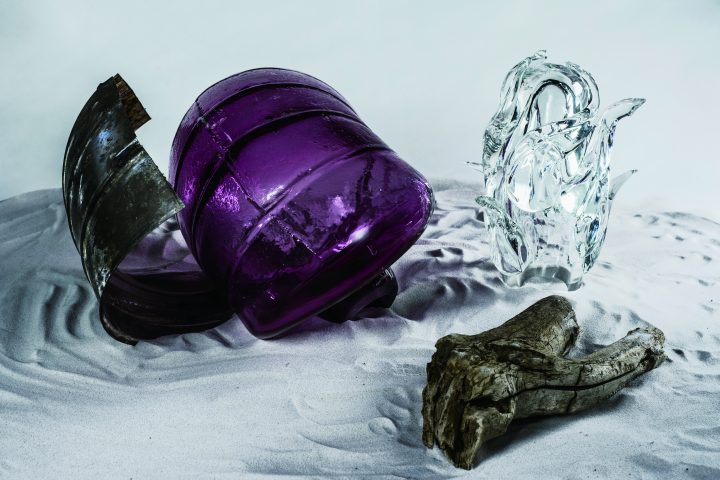 The most ambitious project that Passi has created so far is the installation “I Built a Canopy for Dreams”, presented in March 2017 at the gallery of the Associazione Spiazzi in Venice. Revolving around the themes of dream, memory, and the unconscious, this work leads the viewer through different rooms where the glass creations are accompanied by metal structures as well as by sound installations and lighting effects to bring the public into a dreamlike dimension. 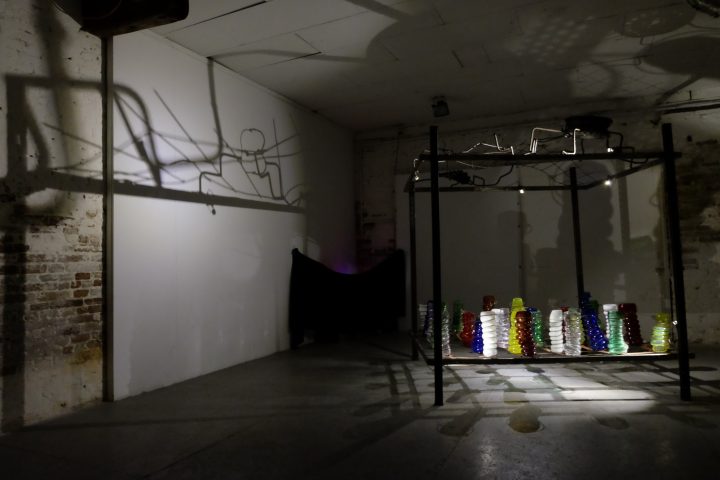 View of the installation “I Built a Canopy for Dreams”, 2017, Photo ©Michele Alberto Sereni

Despite his long experience in the furnace, Lorenzo Passi does not refer to himself as a “glass master”; he is instead a “glass artist”, exploring complex and poetic themes thanks to this very special material.