The Compagnia della Calza in Venice

The Compagnia della Calza in Venice 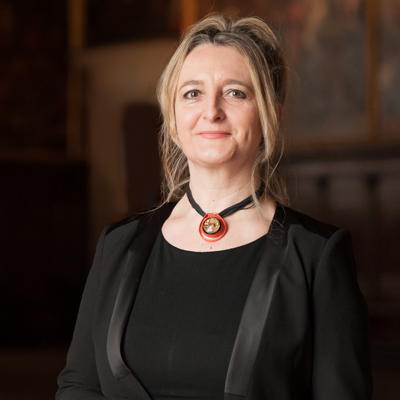 With its Carnival and lively theatre scene, Venice has always had a nack for throwing parties and shows, and the origins are remoter than we might think.

One classic example of this festive character were the Compagnie della Calza, literally the ‘Companies of Trousers’. They were set up by groups of young men, mainly noblemen, whose goal was principally to “keep the city cheery” as Giuseppe Tassini put it. How did they go about it? By organising parties and shows of course. Their name comes from the fact that the trousers they wore had one leg made of different colours, and they’d be recognisable thanks to the Company’s insignia imprinted onto the trouser leg or onto the hood of their cloak. Indeed, members wore a cloak made of golden cloth, velvet or silk, whose “sleeves were tied with thick silk or golden strings and caps in solid gold” as noted by Cesare Vecellio in Habiti…, Venice 1598.

They also wore a cap of precious red or black fabric whose tip was adorned with a precious jewel.

According to some scholars, the Compagnie made their first appearance in Venice in the year 1400 in honour of doge Michele Steno’s inauguration. Others believe the year was 1401 and that the occasion was Emperor Roberto’s visit to the city.

The first definite news we have of a Compagnia’s party involvement was for the wedding of Lucrezia Contarini and Jacopo Foscari in 1441, a celebration that reportedly lasted for days on end.

The very first Compagnia were the aptly-named Pavoni, “Peacocks”, to which followed the Modesti, the Concordi, the Floridi and many many others.

The Compagnie’s story came to an end in 1542, after the Sempiterni Compagnia performed a recital of Pietro Aretino’s “Talanta” in a temporary theatre, built by the artist Giorgio Vasari. The Compagnia of the Accesi attempted to revive the whole affair in 1561-62, but sadly with little success.

All in all there have been 30-40 Compagnie over the course of a century; Marin Sanudo puts the exact number at 34 while Francesco Sansovino counted 43 of them; roughly, there would have been two or three Compagnie present in Venice at the same time, and competition was inevitable.

The Compagnie pay for the expenses of the parties they organised. Although they themselves performed in the various shows, they would hire semi-professional actors like the famous Ruzante. In his ‘Diaries’, Sanudo noted that their celebrations “consisted in dances, banquets, masquerades, plays, regatas, pompous horse rides…”, but the key thing was that they had fun and took the fun to their public, which they did in all sorts of ways; they would even organise bull-chases, or throw eggs filled with rosewater or musky water against the windows of the most attractive female onlookers.

Their shows could take on any form, from an eclogue to a farse, to a momaria, their typical masked mime act.

All their shows had a two-fold structure: a public show open to anyone, which was generally held in a campo (a Venetian square that is) on a so-called solero, a type of rudimentary theatre stage, but which could easily turn into a parade ending very often in St. Mark’s Piazzetta or the Doge’s Palace’s courtyard; there was, conversely, a private side to the affair, reserved for a restricted group of guests, and this would usually take place inside the palaces owned by the Compagnia’s members.

However, one couldn’t simply create a Compagnia della Calza just by being part of the nobility. A special license had to be issued by the Council of the Ten, the special magistrate office of the Venetian Republic, which dealt with all the secret and security affairs of the State. 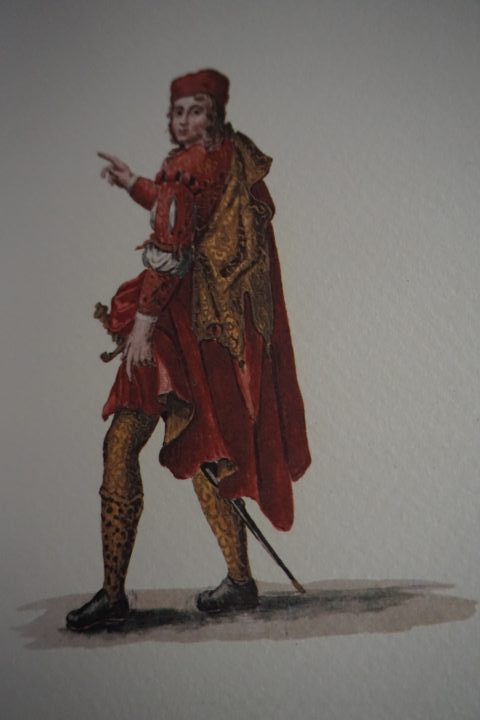 Which were the festive occasions?

Carnival, naturally. This time of the year was a central component of the Compagnie’s activity, with its playful and transgressive disposition. Other popular occasions might be a member’s wedding, or a visit by some notable figure or the recruitment of a new (noble) member.

The term ‘momaria’ comes perhaps from ‘Momo’, god of satire or of buffoneery, although some say it may well derive from the Greek word for ‘larva’ or, maybe, maybe that meaning ‘imitation’.

They were a sort of theatrical representation performed by masked actors who moved following the music’s rhythm and who were often dressed in lavish, sumptuous costumes.

A look towards painting

The Compagnie della Calza appeared in many works by 15th century Venetian painters, from Gentile Bellini to Cima da Conegliano but especially in Vittore Carpaccio’s Histories of saint Ursula or in the Miracle of the Cross at Rialto. A closer look at the details of these paintings is definitely worth while. Also, it is believed that the fresco portrait Tiziano painted on the façade of the Fondaco dei Tedeschi was, in fact, of a member of one of the Compagnie, although it has long been lost unfortunately.

The circolo “I Antichi”, with the motto “Entertaining while Entertained”, came back to life in 1979 thanks to the initiative of several Venetian families. The 80’s were a time when many Venetians helped greatly to revive the Carnival, which for many years had actually been stagnating, forgotten.