What is the Biennale? 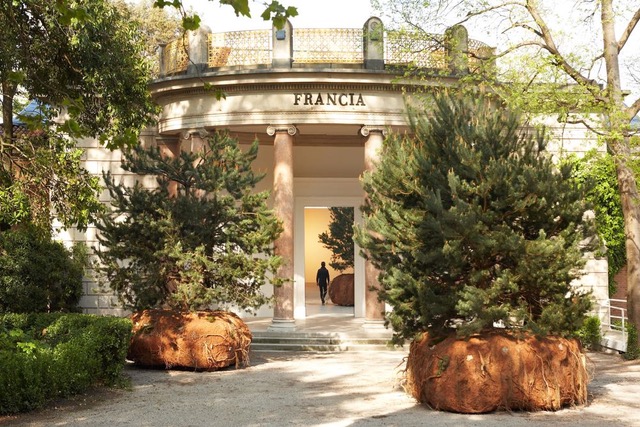 What is the Biennale?

A few key information on why a visit to the Biennale is absolutely worth!

The Biennale contemporary visual art exhibition is one of the most challenging and thrilling shows of its kind in the world and is held every two years in Venice.

Alone the locations, the Giardini and the Arsenale, make the visit something unique, as if you would become part of a gigantic art installation. Rather than paying a visit to the Biennale, you really experience it.

The Giardini (gardens) is a big park with ancient trees and small pavilions, each one with a distinctive architecture.

Born in 1895 in Venice, the Biennale originally hosted all artworks in a single pavilion, which was articulated in different rooms and sections put on disposal of the countries that participated in.

In the first years of the 20th century, due to the growing of the exhibition and to the competition of the States to get more room for their artists, there was need for more space. The board of the Biennale decided to allow the States to build their own pavilions throughout the area. The position in the park and the architecture that would represent them became important elements to convey their role in the international politics.

In the course of the years, the national pavilions were often rebuilt and the style was updated to the new times and the new image that the governments wanted to show.

The pavilions host the works of the artists chosen from the countries to which they belong. Each country has a different system of selection of the artists and curators who are going to represent it: it might be the responsibility of the Ministry of Culture or of a committee of art critics and curators.

The central pavilion is dedicated to the main show organized by the Biennale Foundation. Every two years the Foundation appoints an art curator of international prestige: Jean Clair, Harald Szeemann, Robert Storr, Massimiliano Gioni to name just a few. This year the curator is Ralph Rugoff.

The richness and variety of the Biennale art exhibition is not comparable with any other one. You can stroll from pavilion to pavilion and discover in each one completely different works: installations, classical artworks, art-videos, or performances. Every pavilion reveals itself as the shrine of an artistic experience.

If you decide to become an “art pilgrim”, take some time to visit the Giardini and take advantage of the chairs around the two main cafeterias to have a break.

Due to the huge number of artworks, I suggest you to see the other location, the Arsenale, on a next day.

The Arsenale, the former shipyard of the Republic, consists of a series of sheds of the 16th century. The longest of them housed the Corderie (rope-factory, rebuilt in the 16th century), where any kind of cord, string, cable that could be used on the ships were made.

Other sheds were used as docks to build the ships. 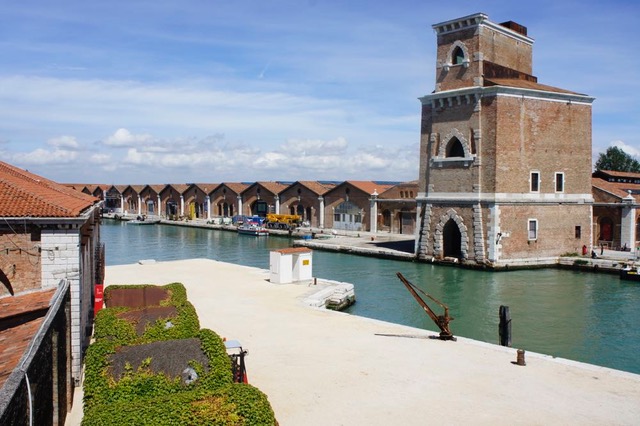 A view on the sheds of the Arsenale, where in the past they would build ships or parts of them

As you walk in the ancient building, you are confronted with its imposing space full of history.

As every curator has a different opinion on how to show the works, you can find them displayed in the long hall without interruption or organized in mini pavilions.

Also in the Arsenale, like in the Giardini, you have a section dedicated to the main exhibition organized by the Biennale and national pavilions. In this case the States do not own the historic buildings but they rent the space from the Biennale Foundation.

A nice park, the former garden of a convent, overlooking the northern Lagoon, surrounds the last sheds.

A view on the sheds of the Arsenale, where in the past they would build ships or parts of them

Since there are more and more countries participating in the Biennale and space at the Giardini and the Arsenale is limited, many exhibitions are set up in palaces, churches and other places in the city.

During the six months of the Biennale Venice becomes an open-air art gallery and allows an updated look at what is art today, in all continents.