Professor Giuseppe Jona: a remarkable example of a Venetian citizen during a dark period in the 20th century 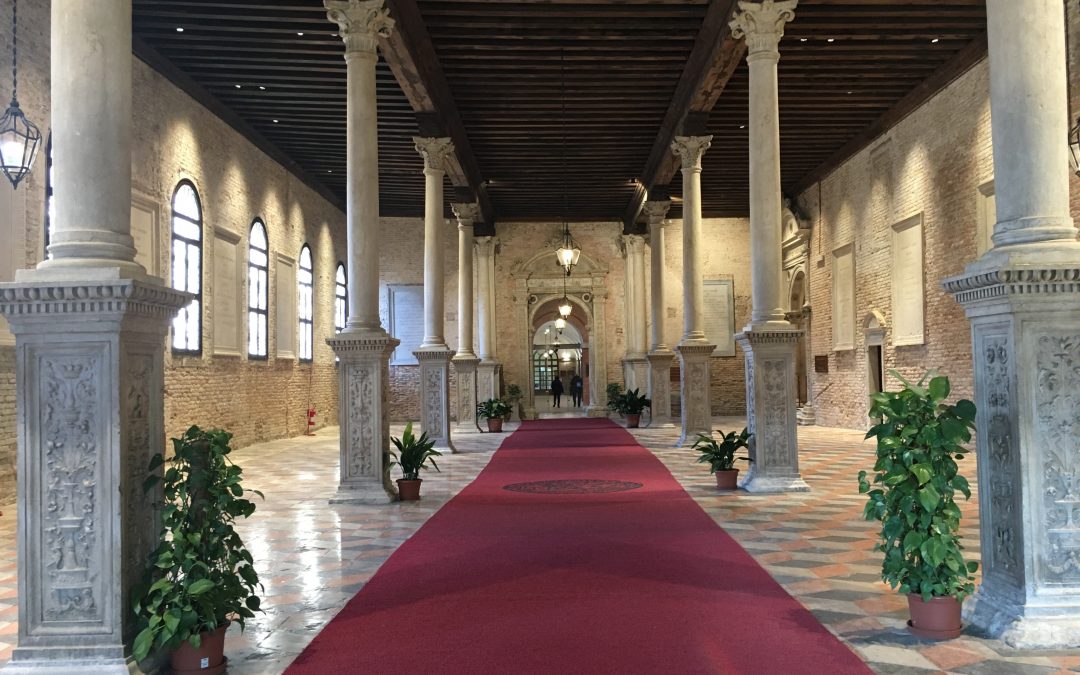 Professor Giuseppe Jona: a remarkable example of a Venetian citizen during a dark period in the 20th century

My story differs a lot from the literary representation of the Venetian Ghetto as a place of memory for the Italian Jewish Heritage so typical in many decadent and oriental descriptions contained in texts written by Goethe, Lord Byron (who visited the Jewish Cemetery in the Lido island), René de Chateaubriand, Théophile Gautier, William Howells, Israel Zangwill, Rainer Maria Rilke and Cecil Roth.

He was the fourth of five children, he studied at the Liceo Marco Foscarini in Cannaregio, then he graduated in Medicine at the University of Padua. He worked as a physician at the Ospedale Civile in Venice, he taught Pathological Anatomy in Padua and he became a Chief Physician in Anatomy and Medicine in Venice. 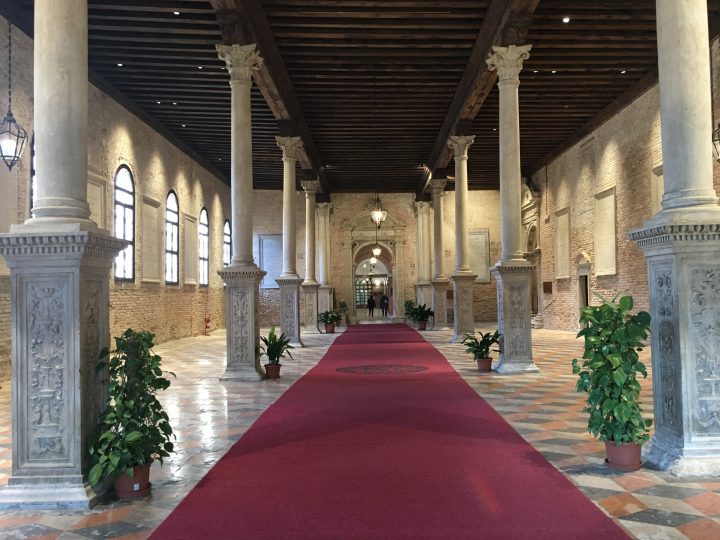 Ground floor at the Hospital

He taught also in the local Practical School of Medicine in Venice which was established in 1863. He particularly distinguished himself for the high quality of service during the World War I as a military officer. He had never got married, but he lived for his siblings and nephews, colleagues and students. He could treat and help many different people in Venice without making any difference between Jewish and Christian people. He was nicknamed the doctor of the poor.

Giuseppe Jona and his students and fellows

He was elected as President of the Ateneo Veneto and he was a member of the Istituto Veneto di Scienze, Lettere ed Arti.

At night he wore a cloak (tabarro) and a large hat not to be recognized and to be able to take care of Jewish patients and of those non Jewish patients who still wanted to be treated by him despite the fact that he had been radiated by the authorities, due to the introduction of the so called racial laws in 1938, although he retired before the laws were approved by Mussolini.

In June 1940 he was elected almost unanimously President of the Jewish Community, even if he did not attend the synagogue so much. He was very appreciated and was able to organise a new Jewish school near calle del Remedio.

The Rabbi was Adolfo Ottolenghi who is mentioned in a memorial plate on the façade of the Jewish Community building. He published essays about the Jewish participation to the Risorgimento against the Austrians in 1848-49 and to the World War I. In fact every year in the Ghetto there was a ceremony to remember the bombing of the Sephardic Synagogue (in 1849) and verses written by the previous rabbi Abraham Lattes were read.

The Venetian Jewish Community celebrated also the end of World War I on November 4th to remember the soldiers from the Community who died and to underline the imaginary link between the Jewish Community itself and the Italian State. The community perceived itself as separated and distinguished from the rest of the Italians on one side and assimilated and part of the country on the other side. 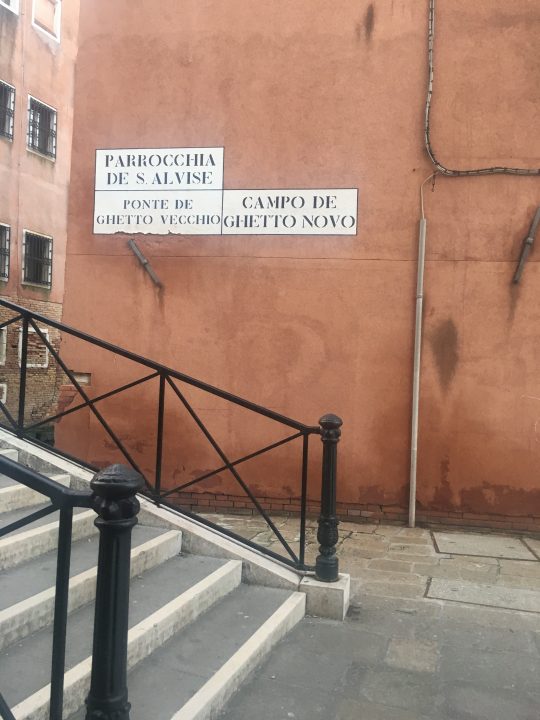 In 1941 the local newspaper Il Gazzettino reported the case of the arrest of the rabbi of Kolosvar in Hungary and a journalist wished the same destiny to the Jews from all over the world. Professor Jona faced directly the Director of this newspaper with no fear.

It is also very significative what he answered to his maids who were offering him to be sheltered in the countryside where nobody would have found him: Thank you, but I cannot accept, because in my life I have never acted in a secret way. He could have emigrated to Switzerland, but he did not, despite his great financial possibilities.

His suicide was a tragic event for the city, as mentioned by the historian Giannantonio Paladini and all the other Jews could feel how dangerous the situation was by then.

The gondoliers performed a silent show on water to escort his coffin because no more than ten people were permitted to participate to his funeral. The Nazis thought that he committed suicide because he was suffering from depression. He killed himself with a letal dose of morphine.

Giuseppe Jona wrote his bequest on September 14th and he died exactly three days later. It is a very important document.

In the same days three Venetian Jews were arrested and released without identifying them as “belonging to the Jewish race” to allow a sort of reconciliation, as reported by Elena Vanzan Marchini in her very useful publication about this Venetian Professor.

The news about this suicide was given while in the Ghetto rabbi Ottolenghi was celebrating a wedding. The bride and the groom did not go back home on that day. They spent a night at the hotel Rialto and on the next day they fled to Switzerland.

Rabbi Ottolenghi was blind, so he could not report to the Nazi the list of all the Jews in Venice at the time in order to deport them. Only in December 163 Jews were deported at night time by order of the public officer Cordova, but the documents preserved in the Central State Archive could never be found.

The historian Simon Levis Sullam in his book named The Italian executioners narrates that on December 5th the pianist Arturo Benedetti Michelangeli performed at the Fenice theatre and on the next day the Venetian soccer team played a regular match at the stadium in Sant’Elena. Apparent normal life and tragedy were very close.

In Venice you can find a building dedicated to this illustrious Professor Jona and there are commemorative plates both in the local Ospedale Civile where he worked (although some of them devoted to Jewish donators were partially erased during the Fascist period), in the Jewish Cemetery and in the Ghetto. 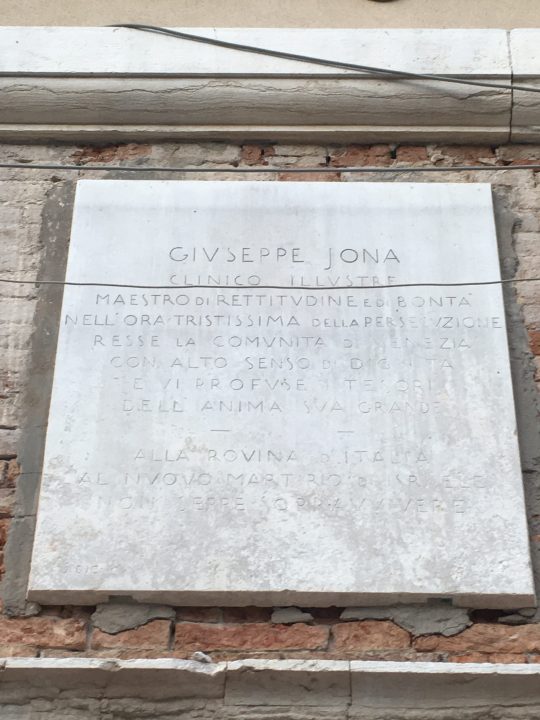 The memorial plate in the Jewish Ghetto

I personally think that these facts should be always remembered, not only during the International Holocaust Remembrance Day in January and I can deliver to you more stories about this historical period in my city with great pleasure, if you like. 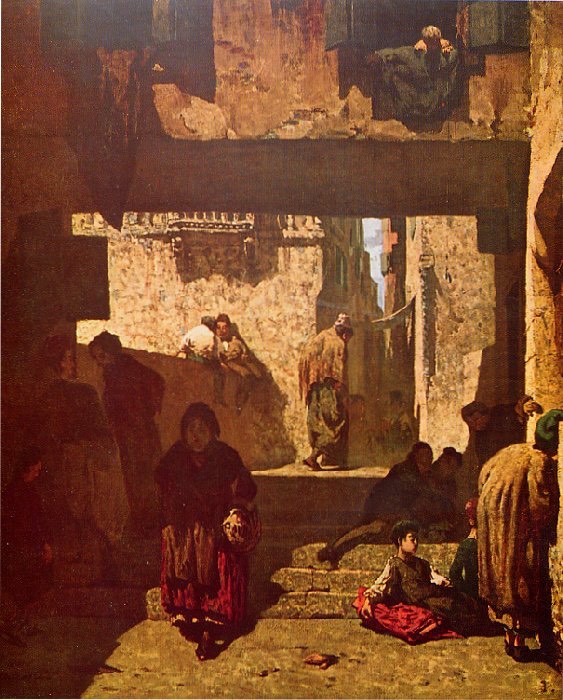 So, see you soon in Venice!