Venice and its jewels: the Golden Altarpiece – Pala d’Oro

Venice and its jewels: the Golden Altarpiece – Pala d’Oro 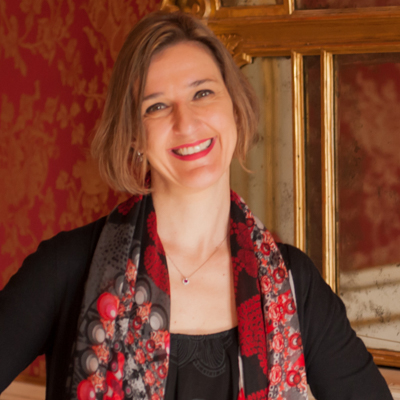 Venice is quite a unique city, an open air museum, a real jewel. It is so full of magnificent works of art of all sorts, that it is difficult to choose what to see…

However, we think that no guest can leave our city without admiring one of its most impressing and spectacular jewels: the Golden Altarpiece, right behind the main altar of St. Mark’s Basilica.

It is a wooden frame about 2 meters (6 and a half feet) high and 3.30 meters (11 feet) wide, coated with silverplates and entirely covered with 24 carat gold leaf.
It hosts 255 enamel plates and medallions, surrounded by 1297 precious and semi-precious stones (pearls, emeralds, rubies, sapphires, amethysts…), which enhance the beauty and the importance of the holy images.

These numbers are quite impressive. But the vision of this work of art, with its extraordinary elegance and beauty, leaves the visitor breathless…

The Golden Altarpiece was probably commissioned to Byzantine masters in 1105 by Doge Ordelaffo Falier, who wanted to decorate St. Mark’s Basilica, the State Chapel, with a unique and priceless work of art.

It originally consisted of a wooden panel where highly refined enamels had been placed, representing Christ surrounded by the Evangelists, the Apostles, the Prophets and scenes from Christ’s life.

In 1209, after the 4th Crusade, the Altarpiece was enlarged by adding some large enamels that had been brought back to Venice as spoils of war from Constantinople.

Finally, in 1345, the frame was entirely modernized with details of Gothic taste, as if the masters meant to insert all the elements of the Altarpiece in a huge 14th century cathedral, with the addition of a large amount of precious gems. 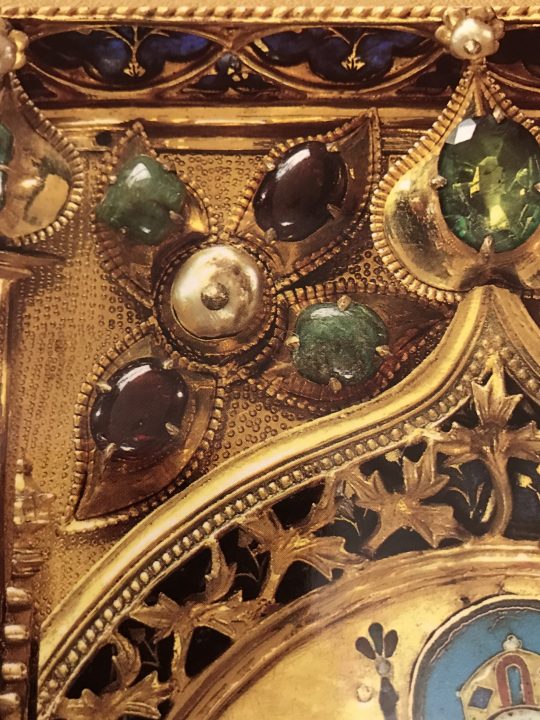 The enamel is a fairly particular technique: on top of a gold plate, divided into separate sections by using goldfoil, vitreous pastes of different colours are cast. Depending on the colour, every vitreous paste has its own melting temperature. The image, then, is obtained with a procedure that consists of several stadiums, starting with the coloured paste that has the highest melting temperature. This means that the plate has to be inserted into the furnace several times, colour after colour. The procedure is quite complex.

The final result is definitely spectacular: the colours are vibrant, luminous, intense, they never fade century after century, and really match the overall effect created by the mosaics that decorate all the domes, the vaults and the walls of the Basilica.

As in a majestic orthodox iconostasis, this work of art is the representation of a page of the Apocalypse, following a precise scheme: Christ dominates the scene in the centre, sitting on a throne and surrounded by the four Evangelists, right under the Throne ready for the Last Judgment.

From the bottom part upwards we can admire the Virgin Mary with the Prophets, the Twelve Apostles right at the sides of the Saviour, and twelve Angels, who bend down in reverence as they approach the Lord.

Above the Angels, a series of square plates represent different moments from Christ’s life, whereas at the sides other square plates tell the story of the Patron Saint of Venice, St. Mark.

Two large figures catalyze the viewer’s attention along the vertical: Jesus Christ himself and above him the Archangel Michael, the latter added after the 4th Crusade. These two images, in particular the Archangel, are characterized by a great deal of highly refined details.

Right underneath, although of much smaller dimension, we can find the Holy Mary, wrapped around her dark blue clothes, raising her hands in prayer. At her sides we can notice two royal figures.

The style of all these images is hieratic, majestic, the figures stand out, isolated in the golden background. They are quite flat, they do not seem to have any volume or substance, but with their bright colors they almost pop up from their frames.

After having admired long enough this original masterpiece, some questions necessarily come up…

Who are the figures at the sides of the Virgin Mary? They appear a little different from the saints and the angels…
Why does the Altarpiece face the tabernacle instead of facing the worshippers?
What is the value of this work of art?
The BestVeniceGuides are waiting for you, to answer all your questions and to help you feel Venice in all its precious details.

Special thanks to Josh Wakeford for the revision.