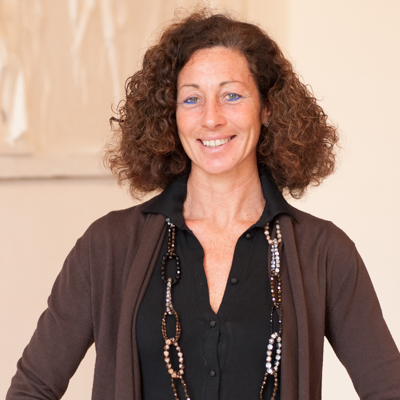 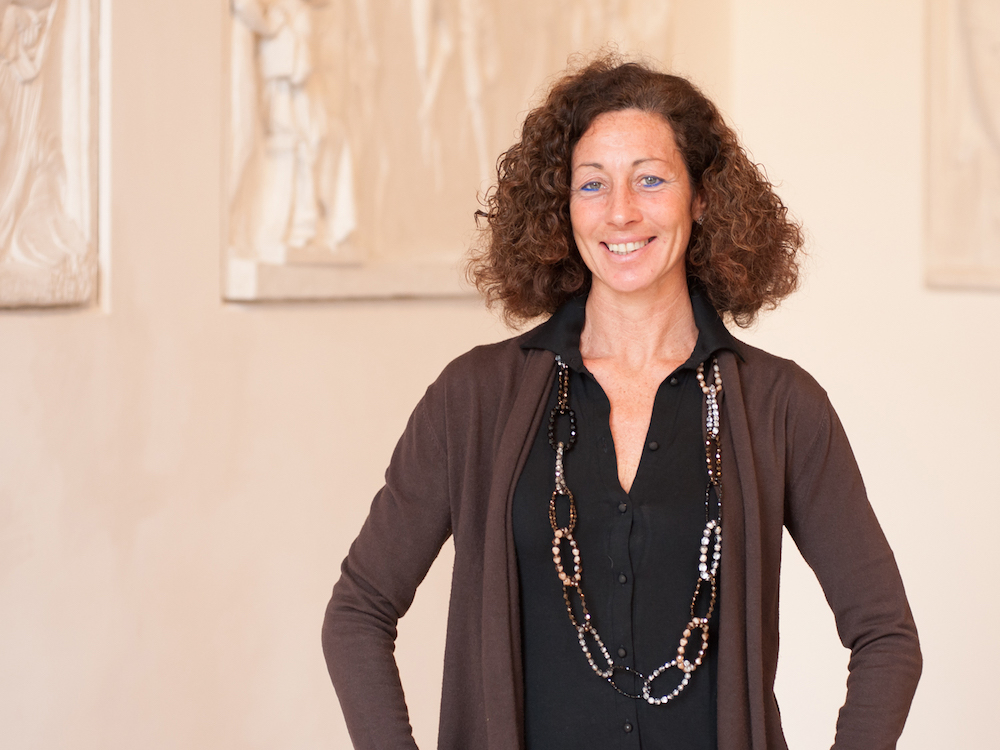 “The truth is that we see, we feel and we touch a lot of things….It’s like carrying inside of us an old  storyteller who is narrating a story without an end and is providing thousands of details. He goes on without stopping. This is life. ( Alessandro Baricco- Castelli di rabbia)

I love the possibility that  with my job, I can comunicate to others the magical atmosphere and the myths of my unique city, Venice.
I enjoy accompanying my clients on artistic and historical tours but at the same time, I like to share with them the  everyday life of one of the most particular cities of the world , born and built in the water.

My passions are going to the theatre, reading, listening to music, travelling and playing sports ( I’m an official instructor of spin-bike). I think that to be physically well-trained is good for our spirit and our mind: “Mens sana in corpore sano” ( Giovenale – Satire X 356)

I attended the School of Tourism in Venice and I obtained a doctoral degree in Foreign Languages and Literature with specialization in English from the Venice University of Ca’ Foscari. I have been working in the tourism industry since secondary school .

I obtained my Tour manager license in 1990  and became an official Tour Guide of Venice in 2000 . I’ve travelled extensively as Tour Manager and I’ve worked for several travel agencies. I have also collaborated with many cultural institutions namely with the Biennale of Venice. I’ve been working for the american company of Rick Steves since the 2000.

Venice is one of the most romantic places all over the world. This is the reason why I would like to propose a Romantic tour.
Far from the usual tourist routes, off of the beaten path, you will be welcomed in a small private palace overlooking the Grand Canal where a bubbly glass of Champagne with some appetizers will be served. At the end you will board a gondola for an enchanting and romantic gondola ride through pitoresque inner canals. This is a truly special and memorable way to enjoy Venice!